Tattoos have been around for a very, very long time (We’re talking 2000 B.C.!). They have symbolized everything from tribal associations to coming of age, but one of the most recent trends is tattoos as a form of medical identification.

By inking the universal medical symbol on their bodies, diabetics like Samantha Graham Vancouver, British Columbia, have turned to body art as an alternative to wearing medical ID jewelry in order to inform medical personnel of their conditions during an emergency.

“I thought it was the perfect idea because a tattoo would be much harder to miss than a simple alert bracelet if I was ever in the situation of not being able to communicate,” Graham says.

Sounds like a good idea, right? Not everyone believes medical ID tattoos are the most effective way for people with diabetes to communicate their condition. Todd Soard, president of the Florida Association of Professional EMTs and Paramedics, says a tattoo will not be the first thing a paramedic looks for when transporting a patient. “It is no doubt going to be missed,” he says. “Most EMS personnel are not trained to look for a tattoo because a tattoo is a tattoo!”

Dr. Michael Zbiegien, medical director of emergency services for the Children’s Hospital at Sunrise Medical Center in Las Vegas, agrees. “There’s not a lot of body searching on the street; [EMTs] don’t have time.” But he says that because patients’ immediate needs are met by EMTs, doctors may have more time to seek out tattoos once they reach the emergency room.

“Most physicians would honor a medical tattoo provided that [it] wouldn’t cause additional risk,” Zbiegien says. But, he advises, “You want to put it in a place where we’re going to see it quickly.” Soard says first-response teams, as well as doctors, are trained to search for these items and are “not going to be looking all over [patients’] bodies for a tattoo. We don’t have time for that.”

Of course, tattoos are not the only option. Instead of a tattoo, Soard recommends that people opt for a tried-and-true solution: wearing a medical ID bracelet. Medical ID bracelets that prominently feature the medical caduceus emblem can quickly notify emergency responders of a patient’s condition. Information engraved on the bracelet communicates vital information to EMTs without needing the patient’s response.

Some people opt for tattoos because they do not like the style options available in medical ID jewelry. The negative stigma associated with IDs being ugly has stuck through the years, despite the variety of colors and styles now available.

But is a tattoo better than nothing? For people with looking to get inked, consider following these suggestions:

If you are getting a tattoo specifically as a medical alert, Justin Noland of American Medical ID recommends, “keep it simple, direct and on a place that an EMT is most likely to see, like the wrist. The more fluff and design that is added will make it look more like a memorial tattoo or one to raise awareness, not one to provide information in an emergency.” 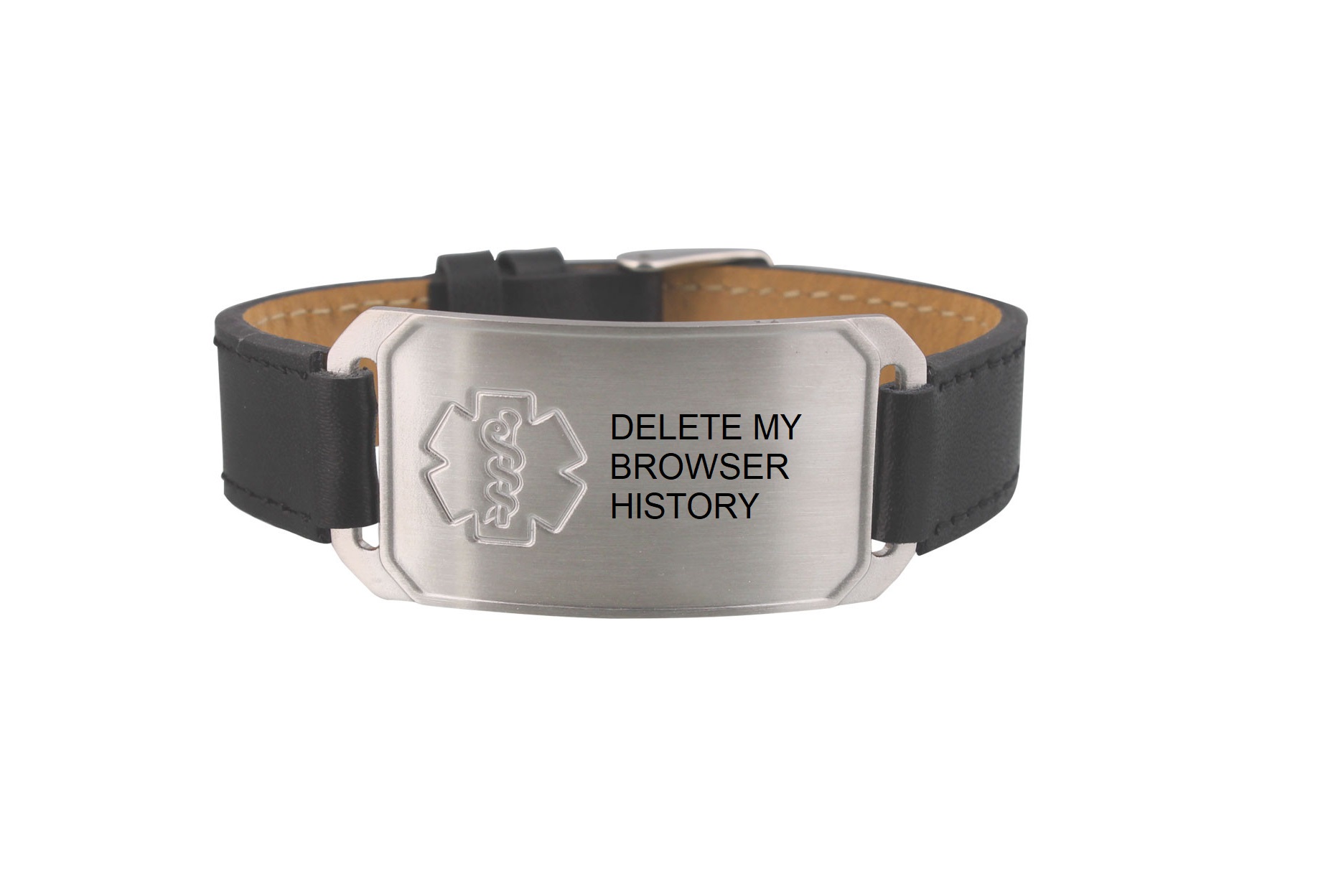